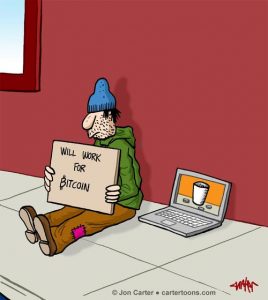 As someone working on the vision and technologies of the post-monetary society, people keep asking me what I think about Bitcoin. Well, you know what? Not much.

Although Bitcoin works in a decentralized, peer-to-peer, open source way, it still remains part of the conventional scarcity paradigm. The fact that it plugs in the conventional scarce money infrastructure ($, €, etc) infuses the scarcity DNA in it. Even worse: it sticks to the “coin”, such an old meme! However I do acknowledge Bitcoin as a step towards the post-monetary society, while remaining inside the mainstream paradigm. It truly questions the bank monopoly for money issuance which paves the way to new possibilities. Advocates and users of Bitcoin will very likely make all possible mistakes that will accelerate the shift.

Today different categories of complementary currencies co-exist (some of them can have multiple roles, for instance local and social):

I just came across a conference given by Fred Wilson, Managing Partner at Union Square Ventures. I like the clear way he shares current trends and how it directs his investments. Fred has a good insight when he says the next currency system has to become an open internet protocol. First time I hear it from someone else than our small circle. Years ago it looked like pure science fiction when I shared this idea, now an investor says it, good news! However Fred Wilson still reduces his forecast to a decentralized monetary system, which means:

Shifting to the post-monetary society

I think our view on the not-so-far future can go way further. Basically: 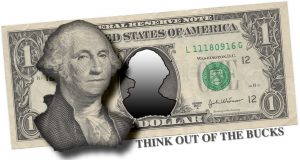 We still have many creative options to name this evolution. Just like the rise of aviation, it will develop its own ontology in our conventional language. I like to use expressions such as “language of wealth”, “integral wealth”, “wealth technologies”.

Also, we don’t have a word to acknowledge the fact we create wealth, in its truest and broadest sense. Hence the creation of the verb to weal: to generate, to give birth to wealth. In the future, we will weal. Weal as wheel (free wheel), weal as will (free will), etc. Will Will wheal? Years ago I booked domain names freeweal (org, com, etc) and weal.me. They wait for their time.

Last but not least, this shift will eventually take us way, way further than what everyone predicts now. The next language of wealth will become a language of flows. We evolve from our current language of finite objects and their relationships towards a language of flows, alive, always changing, quantic (filled with superposed possibilities), holographic (where the I and the We contain each other), super-conscious. There I see the one of the next leaps of our species.

Much more to say about it, hence my long retreat at the present moment (feel free to weal me :-)).

Here come some key conferences about this topic.

Towards a Systems’ Paradigm and a New Expressive Capacity